Blender-Brussels is really happy to invite Benoît Bolsée to give a workshop at F/lAT on how to create addons for Blender.

You may not know Benoît Bolsée, but you’ll sure be glad to meet him. He is one of the Blender developpers and has significantly contributed to it over the past years. Benoît has mainly been working on the game engine and is responsible for making it possible to use any type of video as a texture in the BGE. He has also helped his son, Quentin Bolsée, create ColorCube, one of the first commercial game done with the Blender Game Engine. Benoît has agreed to come to the Blender-Brussels workshop to teach us how to make addons for Blender.

Making addons involves scripting, so a basic knowledge of Python is required. But why would you want to create an addon? Let’s say you’ve been working for a while on a script to help you with your modelling, texturing, animation or compositing and you’d like to integrate this to the Blender interface. You maybe also would like to distribute it so other people can use it. You might even want to sell it on Blender Market. Making addons involves knowing how the Blender interface works. These concepts will be introduced by Benoît Bolsée.

The program of the day is:

You are encouraged to bring with you a little script that you would like to turn into an addon. For those who don’t have anything, no worries, there is enough examples and scripts to modify and play around with. We can pick into the scripts produced during previous Blender-Brussels workshops and turn some of them into addons.

The Blender-Brussels workshops are a series of free and open monthly workshops and we do publish anything produced during those sessions on Github under an open source license.

This event was part of the Code Week 2014, an all around Europe series of events bringing people together by learning to code.

Report from the workshop 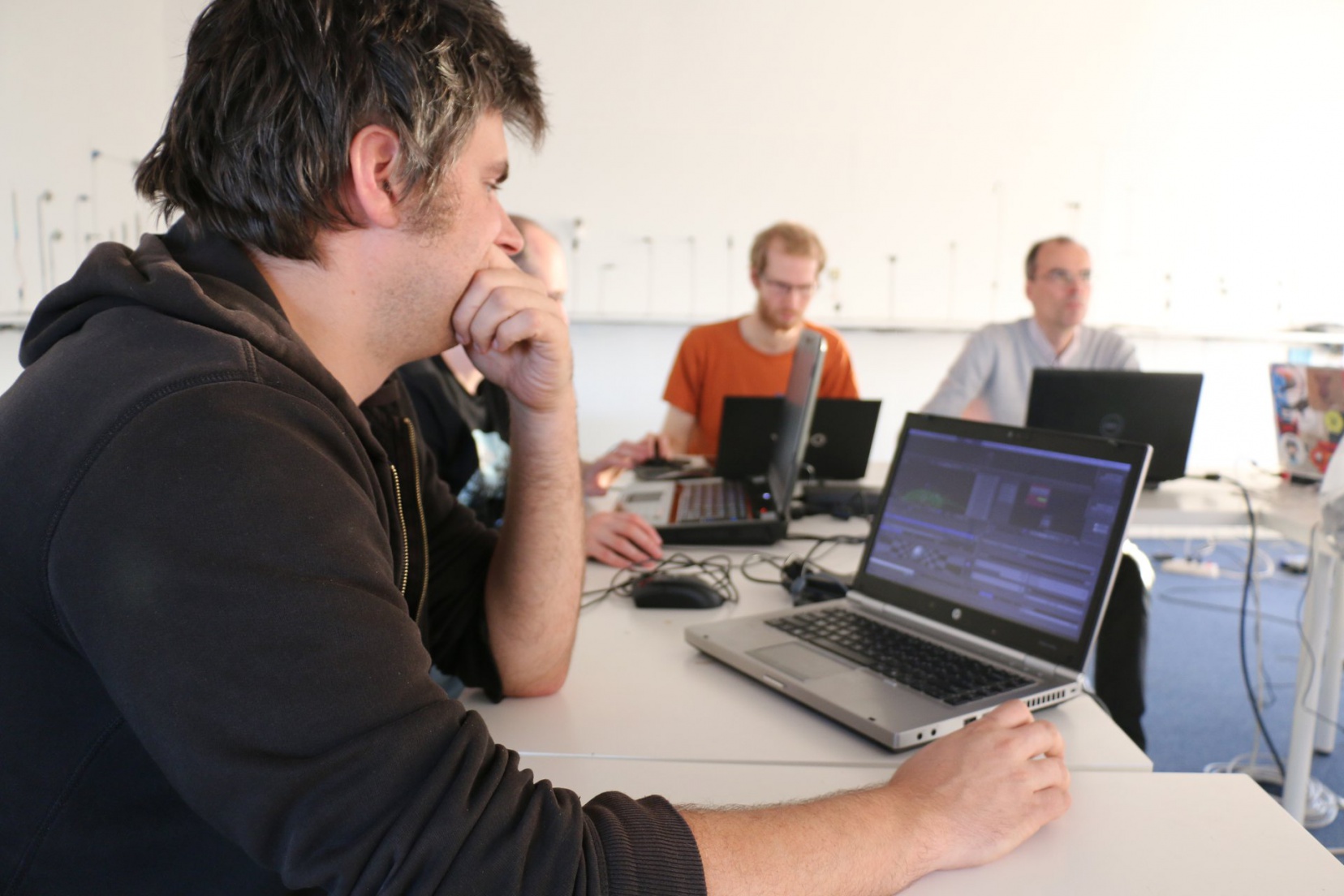 This session was an intense one. Benoît gave a lengthy and detailed dissection of the basic addon template. This introduced new concepts and Python tricks unknown to the crowd present there. It also gave an overview of the amount of information that is available through the Blender API documentation website.

Usually, we try to finish a small project in the afternoon, but due to the complexity of the subject and the different approaches brought by the participants, the afternoon was spent in back and forth discussions between Benoît and each of the participants, answering questions and trying to overcome problems as they appeared.

Some were working on making generic UI elements for the game engine, others worked on UI improvements to manipulate bones and rigged models. There has been some reasearch also on how to make an addon to automatically upload renders on tumblr or youtube using their APIs. And many other expermients.

Overall, everyone was pleased with the workshop and the intensity of it. This gave a lot of ideas and brought talks about organizing another one with Benoît some other time.

Pictures of the event have been posted here.

This event was also funded by the Digital Arts Commission of the Wallonia-Brussels Federation.